Boys would begin their knightly training at the age of seven, learning to hunt and studying academic studies before becoming assistants to older knights, training in combat and learning how to care for a knight’s essentials: arms, armou\r, and horses. After fourteen years of training, and when considered master of all the skills of knighthood, a squire was eligible to be knighted.

This short history will cover the rise and decline of the medieval knights, including the extensive training, specific arms and armou\r, tournaments and the important concept of chivalry. 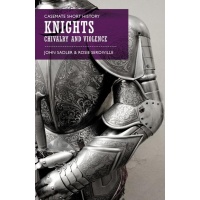